On Friday, the second day of RootsTech 2013, the word of the day was WOW!  The first Keynote speaker was Jyl Pattee of Mom It Forward, a digital agency and network of social media influencers.  Jyl encouraged us to look for the "wow" factor in life, quoting Hilary Cooper: "Life is not measured by the number of breaths we take, but by the moments that take our breath away."


In an example of "creating the WOW", Jyl described her own 10 year challenge to jump in every single state in the US, which she finally achieved last November, and in order to "capture the WOW", she took photos of her jumps and used Instagram to share them on social media such as Twitter.  In another example, Jyl  also told us how she interviewed and recorded her grandmother by telephone, over several weeks, and has recently used these to create a video montage of her grandmother's life story, to share with her cousins on YouTube.
Jyl also described how her grandmother's recipe for Banana Cookies had been a uniting theme in her family - and she showed a video of her making the cookies at home with her two sisters.  And as Jyl had very thoughtfully put a postcard of the recipe on every seat in the conference hall, I thought I would include it here, for those of you who either didn't get one or were watching online. Of course the video of Jyl and her sisters making the cookies is still online here at RootsTech if you'd like to watch it. 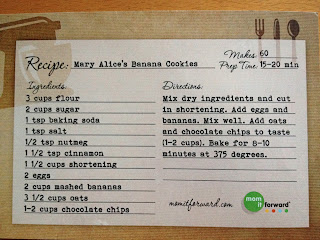 The second Keynote speaker on Friday was Tim Sullivan, president and CEO of Ancestry.com and he didn't disappoint, giving us some more WOW moments!  Tim Sullivan announced that:
Finally, Sullivan announced that the price for Ancestry’s DNA test was being reduced to $99.  Although not available in the UK (as far as I know), the fact that DNA prices are tumbling is good news for genealogists everywhere!

In a surprise move, Tim Sullivan also appeared to ask for forgiveness about the number of mistakes in Ancestry member trees, a fact which has become a hot topic recently among genealogists.  However, he urged those of us with private trees (and I'm afraid that includes me), to open up our trees in the interest of collaboration and sharing: 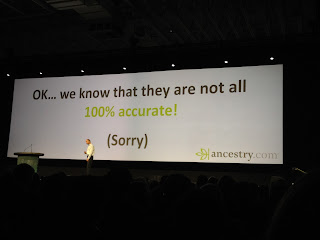 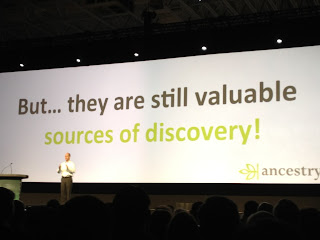 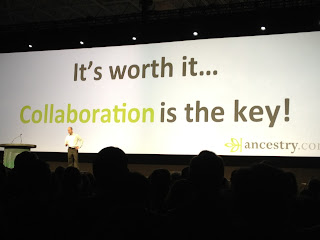 My video interviewees for Friday were Else Churchill, genealogist at the Society of Genealogists in London and Alec Tritton , chairman of The Halsted Trust.  Although Alec had been to RootsTech before, this was the first time the Society of Genealogists had been represented.  I therefore talked to Else about her first impressions of RootsTech and also how it compared to Who Do You Think You Are? Live in London.  I also asked Alec for his impressions of RootsTech and about the Exodus 2013 Conference being organised by The Halsted Trust later this year in Leicestershire, England.  You can see the full interview here:

On Friday evening I attended the RootsTech “Late Night at the Library” session at the FamilySearch library, which is located literally just across the road from the Conference Centre (so very handy for the odd bit of research).  As this was my first visit, I hadn’t quite appreciated how large this library was, with Great Britain and Ireland having their own floor!  The pictures below hopefully give you an idea of just how user-friendly this library, with everything you could want (including vast numbers of microfilms) simply available on open shelves, with no restrictions on what you take into the library: 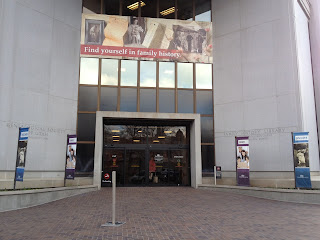 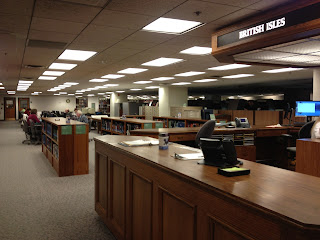 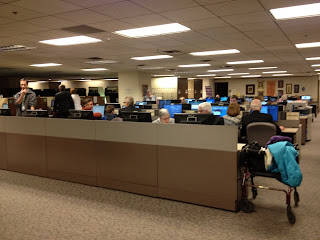 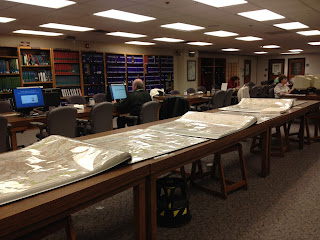