I had known for a year or so that Ancestry were busy digitising the Surrey Parish records from my local archive, the Surrey History Centre.  I also knew, from my visit last week, that Ancestry had a supplied a bank of brand new computers so that visitors to the Archives could access the new databases when they came on stream.  What I didn't know was when they would be put online.  The staff last week were simply saying "later this year". 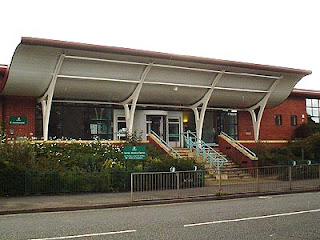 So it was with some surprise that yesterday morning, just as I was leaving the house for a rare family day out, that I received an email informing me that the Surrey Parish registers were now "live" on Ancestry.  Here is the Ancestry announcement, explaining the full scale of the Collection (2.6 million records) and giving some examples of famous people who can be found in the records.  The Surrey County Council announcement of the release can be found here.

The records online so far include four main databases, the organisation of which will look familiar to anyone who is used to using Ancestry's London Collection:


Although a note at the bottom of each of the above pages suggests that the records are incomplete after 1900, with more to be added during 2013, an Australian client of mine managed to find her great grandmother's burial in Claygate in 1937 earlier today.  So it's definitely worth checking even if you're interested in later records!

This large batch of Parish records should help many people with London, especially south London,  ancestors.  Although Ancestry's London Collection has been online for a few years now, and has more recently been complemented by the Westminster Collection on FindMyPast, the lack of Surrey records online has been a major stumbling block for some of us with London ancestors.

The new collection includes not only many rural parishes, from the middle and the south of the County, but also many of the old County's northern parishes which we would nowadays think of as London.  These include parishes such as Kingston, Richmond, Wandsworth and Wimbledon, which we normally associate these days with London. A detailed map of Surrey showing the location of the various parishes can be seen here, courtesy of June Rudman and the West Surrey Family History Society.

Finally, it is not only the Surrey Births, Marriages and Burials which are going online.  The full Surrey Collection, to be available online by the end of 2013, is listed here and includes: